Meet our wonderful and faithful staff here at Dolen Baptist Church.
They are here to serve you!

Pastor Michael Nix, a graduate of Howard Payne University with a major in Christian studies, took over the leadership of Dolen Baptist Church in May of 2010. Though a young man, he has been serving the Lord for more than twenty years, both in and out of the church. Michael completed a Master of Arts in Theological Studies from Liberty Baptist Theological Seminary in December of 2013.

He and his wife, Rebecca, have been married for twenty eight years, and they have three children:  Zachary, Jasmine, and Erin. Each one of them is active in the work of the church either in the area of worship or children’s ministry.

Michael Nix believes in the work of the church and that while the mission and purpose of the church never change, its methods must constantly be evaluated and modified in order to effectively reach and serve the community in which it is located. 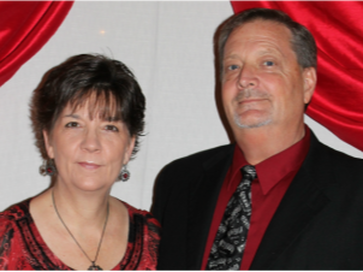 ​Music Minister
​Hal Small began leading worship while he was a junior in high school. While attending Jacksonville Baptist College, he met his wife, Fran. After they were married, they moved to the Cleveland area to raise their family which at present includes four children and seven grandchildren. Hal has led praise and worship for many years and joined the ministry team at Dolen Baptist Church in September of 2013.

The worship experience here is a blend of traditional hymns and contemporary praise and worship with a freedom to worship as the Holy Spirit leads. Our goal is to worship in spirit and in truth and to experience the presence of God as He inhabits the praises of His people.

Youth Minister
Alexander Pearce has lived in Cleveland most of his life and like some people he had a drug problem.  His family drug him to church most of his life, but at the age of 14, he felt the call of God into Ministry.  He studied at Jackson Baptist College after which he continued on to Sam Houston University.  He and his wife Lauren have been youth ministers for three years and continue to love and guide youth into a deeper relationship with Christ.

Small Enough to Know You, Big Enough to Serve You